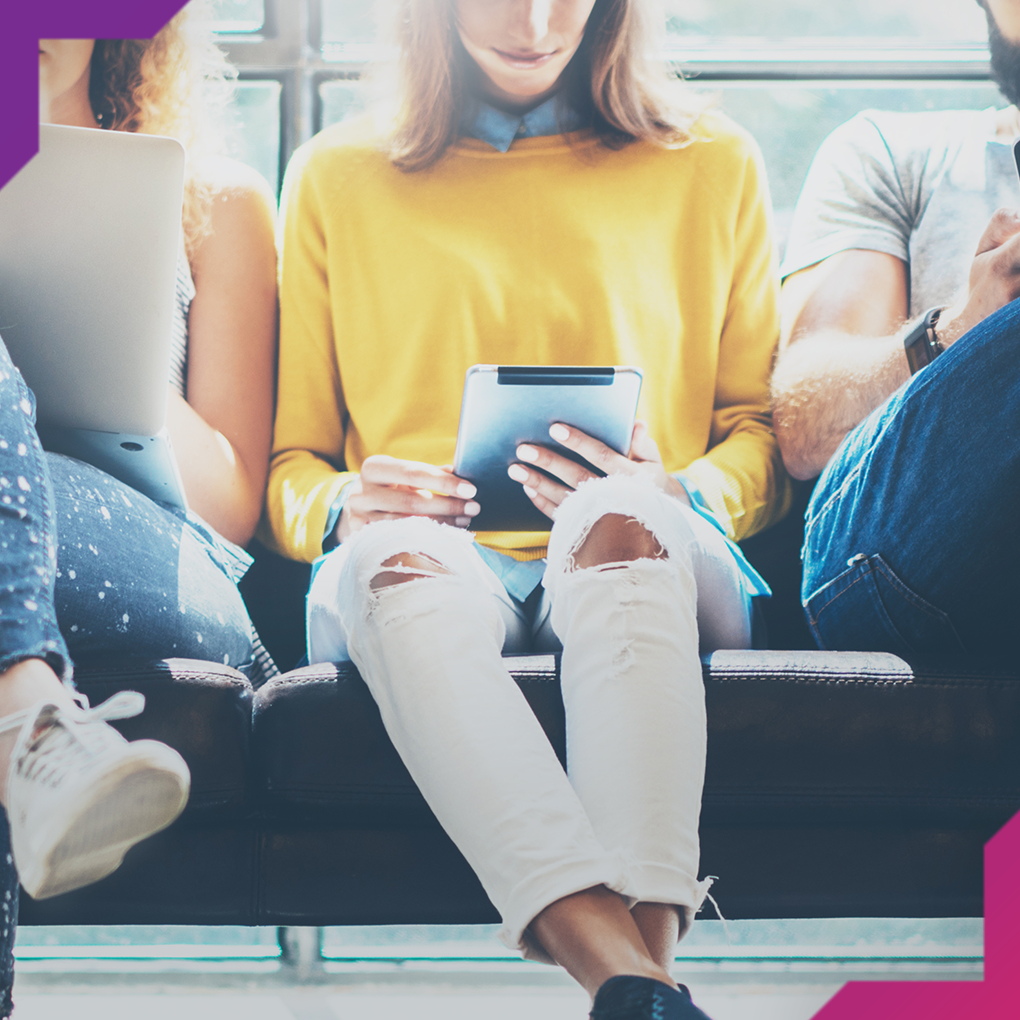 Join our next webinar to hear from illion CEO Simon Bligh about the latest insights we are seeing in the New Zealand economy.

Data from illion shows Millennial New Zealanders have been driving the country’s economic recovery, defying global pessimism to set up new homes in larger numbers than before the COVID-19 shutdown.

The surprising findings of New Zealand’s up-to-the minute consumer habits shows Millennials aged between 26 and 40 are the only age group in the country to continue applying for new ‘Home Starter’ electricity and gas accounts more often than before the pandemic hit in January this year.

The outcomes are important because utilities are seen as an important proxy of economic activity, as everyone who buys a new house or rents a new one needs electricity or gas.

However, this week’s surprising revelation that new COVID-19 cases have been identified in Auckland will rightfully raise anxiety levels in New Zealand about a possible second-wave of the virus.

According to illion, economic optimism peaked in New Zealand in early July, when every age group from Generation Z and Millennials, to Gen X and Baby Boomers, were setting up new homes in greater numbers than before COVID-19 hit.

Since then only Millennials, typically first home buyers and property upgraders, have continued to seek ‘Home Starter’ electricity and gas accounts more often than normal.

In fact, Millennials have become the ‘nomad generation’, moving house more often than normal in 15 of the 28 weeks this year, compared to only 13 weeks for Baby Boomers (aged over 56), eight for Gen X (aged 41-55) and a lowly six weeks for Gen Z (aged under 25). 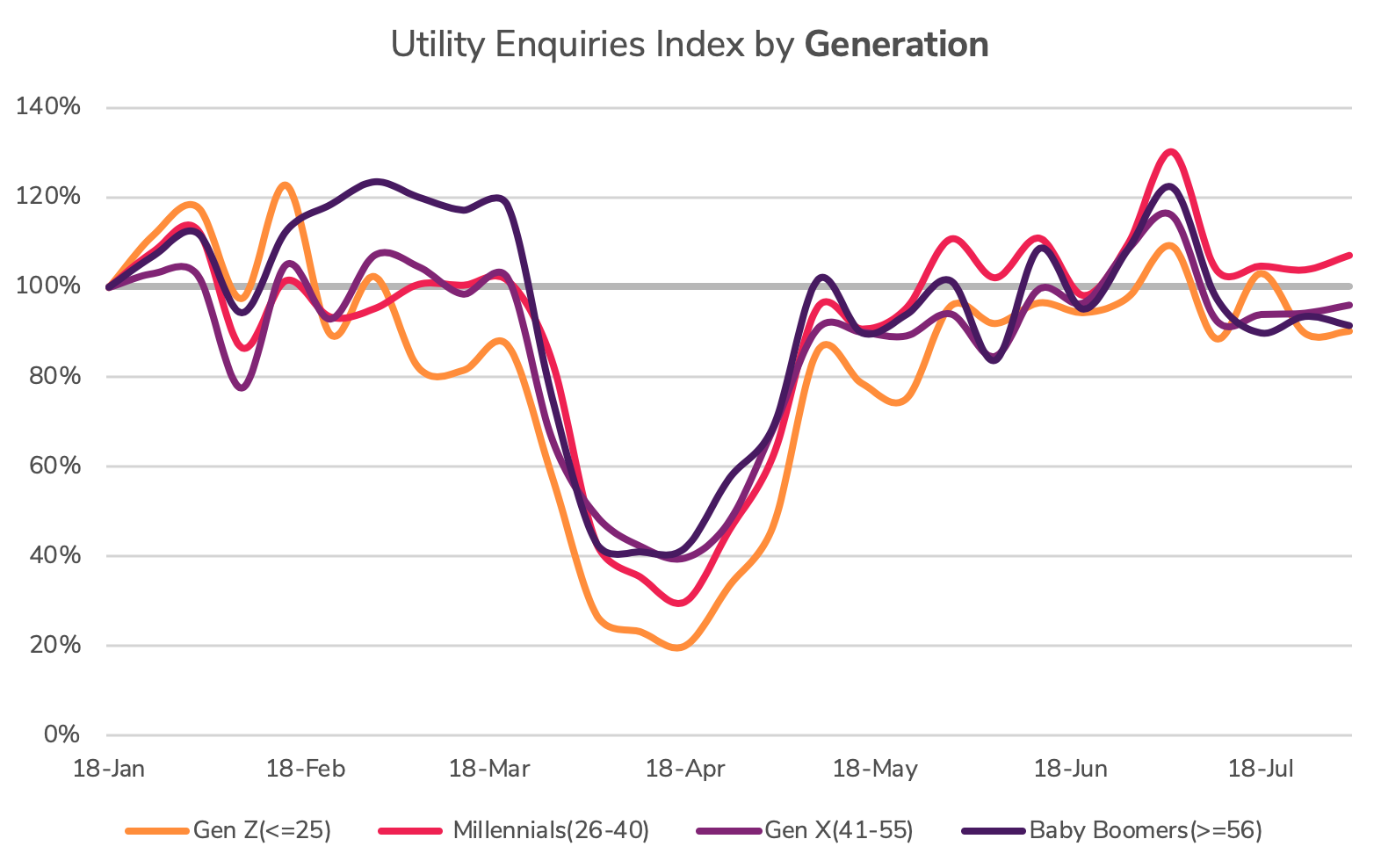 What do the figures mean?

The results are relevant for New Zealand companies trying to understand the prevailing consumer mood, and whether they should start reinvesting for the future.

Since mid-July, utility applications by younger Kiwis under the age of 25, who are typically trade apprentices, university students and first job seekers, have crashed to their lowest level since early May.

This suggests younger Kiwis have become spooked in recent weeks by ongoing speculation of a New Zealand economic recession, and the possible impact that will have on their entry-level jobs.

As a result, they are hunkering down with mum and dad in case they lose their jobs, even while their older siblings embrace the higher costs of independent living.

This difference in ‘generational mood’ comes despite New Zealand’s economy being remarkably resilient through the global pandemic, backed by one of the largest government spending programs in history.

It helps explain why median house prices across New Zealand increased by 3.1 per cent, or $19,000, between May and June this year.

Property prices have surged an incredible 9.2% in the last year, delivering a tidy profit of $54,000 to the average home owner. In some cases, that profit will have surpassed their annual salary.

During COVID, North Islanders have been more geographically mobile than South Islanders, with applications for new electricity and gas accounts at 102 per cent of normal levels, up from a lowly 40 per cent in April.

At the depth of the COVID economic shutdown, utility applications by South Islanders plunged to 20 per cent of normal, suggesting they remained fixed to their current address and were too fearful to move.

However, in recent weeks those figures have recovered to 85 per cent of pre-COVID levels.

This implies that New Zealand’s economic mood is split down the middle, and is separated by Cook Strait.

New Zealand’s policy response to COVID has been heralded around the world, which helps explain why its optimism is not shared across the ditch.

Enquiries for ‘Home Starter’ electricity and gas connections in Australia fell below normal levels for every generation in the middle of March – and they’ve stayed there ever since.

illion has one of the most detailed and up-to-date data sets in the country, from banks, electricity and gas suppliers, telcos and retailers.

For a unique perspective on credit demand in New Zealand, and what it all means for economic recovery, register to attend our webinar.

Join our next webinar to hear from illion CEO Simon Bligh about the latest insights we are seeing in the New Zealand economy.